The History of MAS

The name of our product line is called MAS and it stands for MAgnetic Systems. The company was established over 30 years ago in Leibnitz/Austria with the intent to provide high quality professional Constant Wave (CW) and Pulsed Electromagnetic Fields (PEMF) for use by frequency therapists in hospitals and clinics. Initially embraced by sports doctors to treat professional athletes, our products have now found a home in a wide variety of wellness clinics and with well informed private individuals that also want to share it with family and even their pets at home.

What makes MAS the preferred choice for both professionals is their deep history of providing clinicians with a technology that allows for the selection of up to 10 thousand effective Sine Wave therapeutic frequencies and numerous modulated waveform shapes that are delivered at appropriate intensities to treat a wide variety of emerging health conditions.

MAS also offers simple to use systems that are cost effective and feature a selection of “the best of” proven frequencies that were discovered in scientific studies to improve microcirculation, reduce inflammation and treat various muscle skeletal disorders.

Today, most consumer magnetic field therapy devices are simple to use low intensity digital “wellness” devices and the majority are sold via multilevel marketing reps for home use. They offer one or two types of effective modulated waveforms at preset frequencies targeted to treat pain and/or improve the circulation of the blood through the body. If we compare magnetic field therapy to the invention of radio, it would be like early AM radio stations with the capability to broadcast the 3 frequencies of ABC, CBS and NBC. MAS is like a radio station that is capable of transmitting AM, FM, short wave and satellite radio too.

The top of the line MAS Special-Multi+ product offers 9,999 selectable sine wave frequencies and numerous complex waveforms that utilize complimentary therapeutic intensities to activate biological responses in the body. It is a powerful device capable of delivering 100 Gauss at the surface of the electromagnetic pillow applicator. It comes with a simple user guide, itemized into 94 preset programs that are formulated by Austrian doctors for treating the wide variety of conditions that MAS is capable of.

Where did MAS PEMF Therapy Originate? 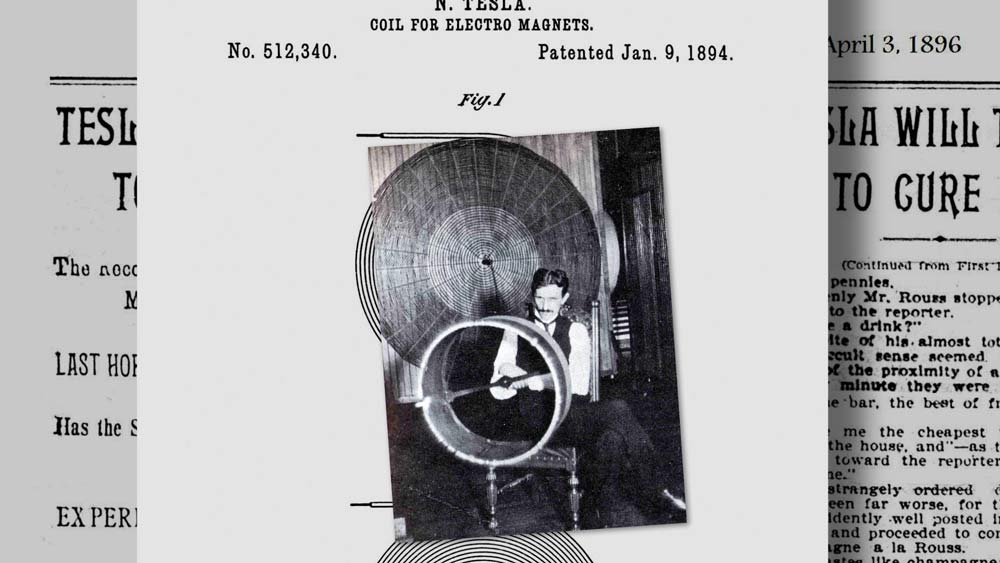 Today, most electromagnetic field therapy utilizes technology based upon Helmholtz or Tesla coils – the later named after the world famous developer of alternating current (AC) sine wave electricity – Nikola Tesla, who was born in the Austrian Empire and schooled at the Austrian Polytechnic School in Gratz.

After immigrating to the USA to begin his work as an inventor, Tesla developed our 60 Hz power distribution system and found many uses for electricity in medicine. He incorporated the Tesla Electrotherapeutic Company in 1909 to provide medical technology to electricians and doctors that wanted to use electricity to treat a wide variety of health conditions. It’s here that the first beginnings of MAS frequency therapy came to fruition.

The coils Tesla used contained windings of copper, and when energized with alternating sine wave currents of electricity, they would produce an electromagnetic field. If you are near or inside this magnetic field, the electric portion of the magnetic field is absorbed into your body. An electric current is then induced into the cells of your body without the use of wires. In the picture below Tesla utilizes both induced fields in a direct series circuit connection between himself and the patient.  The strength of the field could be regulated by moving the the secondary coil that is held in your hand closer or further from the primary coil below. Tesla combined his personal bioelectric magnetic field to influence the healing process.

Tesla’s brand of magnetic field therapy became extremely popular to treat pain and soon commercial versions were produced and sold to the public. They utilized one 60Hz sine wave powerline frequency – the same frequency that was used to power North America. It was basically a coil of wire that was plugged into the wall.  The patient would just sit inside the coil of wire to receive the treatment.

In North America, with the introduction of licensed medical teaching universities, the American Medical Association and FDA was formed to regulate medicine. Since magnetic field frequencies could not be regulated or patented like pharmaceuticals, the practice of electro-theraputics was gradually omitted from medical school course curriculum. Doctors that used magnetic fields in their practice were considered to be “quacks.”

While the practice of professional electrotherapy fell out of favour in the western cultures, the socialist countries within the former Soviet Union continually improved upon the methods and whole hardly embraced it because of it’s low cost, few side effects and wide range of uses.  Since the government paid for the healthcare of its citizens, they found magnetic fields highly cost effective too.

Tesla had always remained a hero in Austria, Hungary, Croatia and Serbia. Their scientists and doctors altered the frequency of the 50 Hz powerline sine waves and discovered specific frequencies could influence the various organs of the body. Tesla’s magnetic field therapy became standard use in all medical hospitals and studies on the entire populations of Eastern Europe proved that Tesla’s original sine wave magnetic field therapy was safe and effective – so much so that it became part of their healthcare system.

When the Berlin wall came down in 1989, a reunified Germany integrated the well developed practise of magnetic field therapy in East Germany, Hungary and the Czech Republic with German bio-tech research and machine manufacturing practices that are world renown. The German speaking doctors of Switzerland and Austria saw an opportunity to merge Soviet biotech with naturopathic medicine. This is when MAS frequency therapy was first developed. 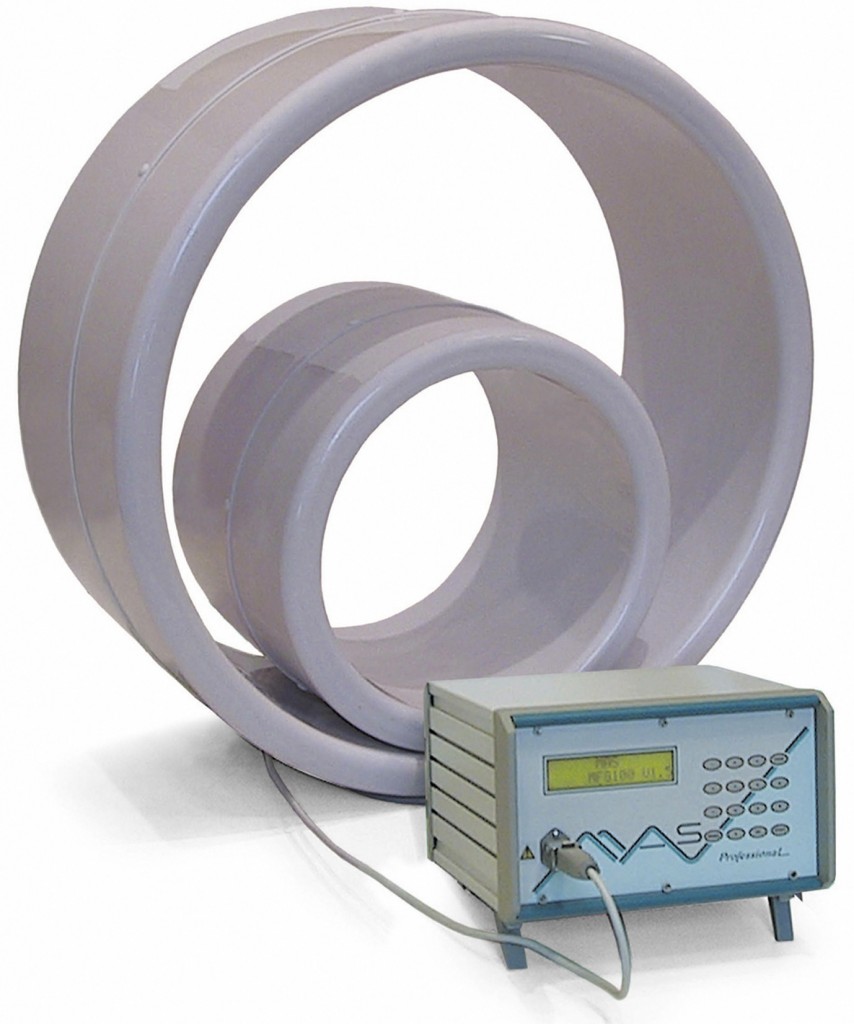 One main body of research in electromagnetic frequency therapy began in Germany after the war in 1952 at the Technical University of Munich. Professor Winfried Schumann and his assistant Dr. Herbert König mathematically predicted Schumann resonances, waves of electric energy excited by lightning discharges in the cavity formed by the Earth’s surface and the ionosphere. The first dominant resonant frequency was 7.83 pulses per second. That frequency is now known as the Schumann resonance. There are several other harmonic resonances that play an important role in nature and our health.  In the diagram below you can see the harmonics of Schumann Resonances. The MAS Special-Multi+ has the capability of producing these individual peak frequencies that all have a biological effect on our brain.

The greatest worldwide body of magnetic field therapy research originated in the Soviet Union and the majority of their studies on the human population utilized the use of  Constant Sine Waves (CW).  MAS expanded upon the early Herbert König/Schumann/Tesla research and created a scientific medical device that was not only capable of creating a high intensity magnetic field to emulate the earth’s resonate 7.83 hertz  frequency, but also had the versatility to generate a wide range of Sine wave frequencies – up to 9,999 Hz that operate within the spectrum of sound.

Factories began to manufacture magnetic field therapy devices targeted to specific conditions and would utilize one or two wave shapes to make them safe and simple to operate and save on manufacturing costs.

Sine waves are very gentle and safe to use because they are natural to the Earth’s magnetic field. They require a very dense electromagnetic coil and a high magnetic field to make them effective within the human body.

Scientists discovered that sawtooth waves were highly biologically active and can be used in short durations under low power to energize cells within our body.  There was no need for a great amount of copper coils or power to generate an effective sawtooth magnetic field.  This feature gave birth to low intensity PEMF wellness devices that are lightweight and inexpensive to manufacture.

MAS brought together all of the best wave shapes and included 9,999 (CW) sine wave frequencies using a 100 Gauss intensity to create a “one box does all” product and initially marketed it to sport doctors.  No other FDA registered device on the market offer these wide range of features. It is for this reason MAS became the premier choice for healthcare professionals and health connoisseurs  that want the very best in flexibility and options.

MAS Modernization – The Mat and Pillow 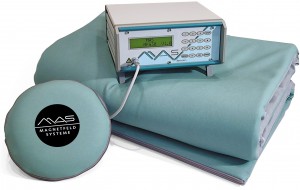 The next incarnation of the MAS product line eliminated the restrictive round Tesla coils that you sat inside of and replaced them with an extremely durable comfortable mattress pad that contained 17 flat copper electromagnetic Tesla coils of various dimensions. This key feature of MAS allows for the various magnetic fields to be evenly displaced throughout the mat so that it can deliver an even optimized electromagnetic field that is required to accurately reproduce the required frequency and waveform shape. Just like audio speakers have different sizes of voice coils to reproduce sound,  the MAS 17 energy coils to reproduce the magnetic field.

In 2008,  MAS decided to modernize the design of their controller unit to allow for home consumer use with preset programs and incorporated the latest modulated waveforms that are realized by continued scientific research. It still incorporates the original intent of the first MAS frequency generator – to supply the true earth based 7.83 Schumann resonance and related harmonics, along with the entire spectrum of individual frequencies up to 9,999 Hz using a sine wave with an intensity that reaches 100 Gauss. It includes all of the popular wave form shapes such as square wave and the low intensity sawtooth waves found in several popular home PEMF devices too.

If you are looking for a simple to operate magnetic field therapy device for home use or one that is fully programable with power to spare and contains all of the most popular frequencies and waveforms – MAS is the only FDA registered device on the market that offers this versatility at an affordable cost.